Call a bike is a service of the “Deutsche Bahn”, providing a rental bikes for short trips similar to citibikeNYC. I used it extensively for some time. Recently I found out that they provide individual trip data trough their API. I pulled last year’s data from the “CallaBike”-SOAP API.

After some data cleaning, we will take an initial glimpse at the data. 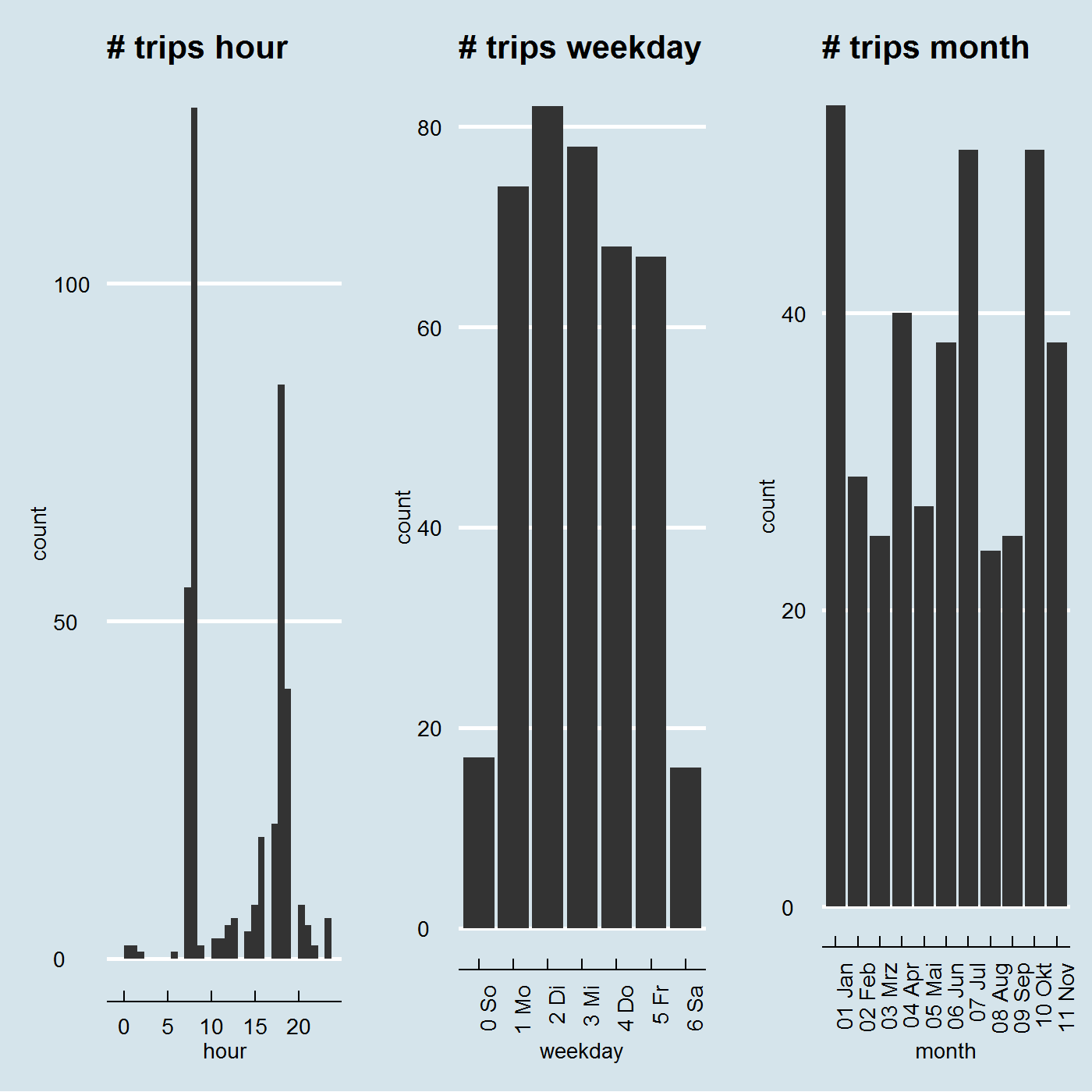 We see a clear pattern of high usage during the week and at commuting hours. 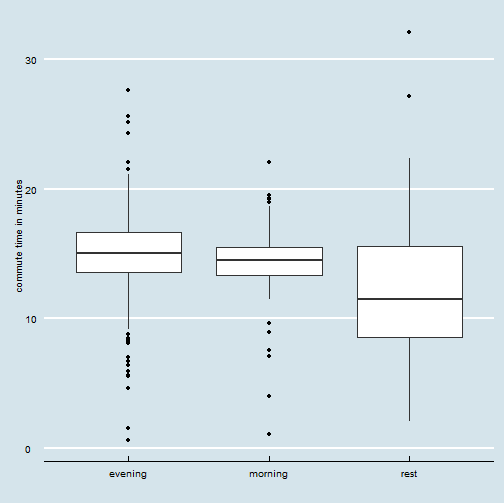 Commute times are basically the same for the morning/evening trips. 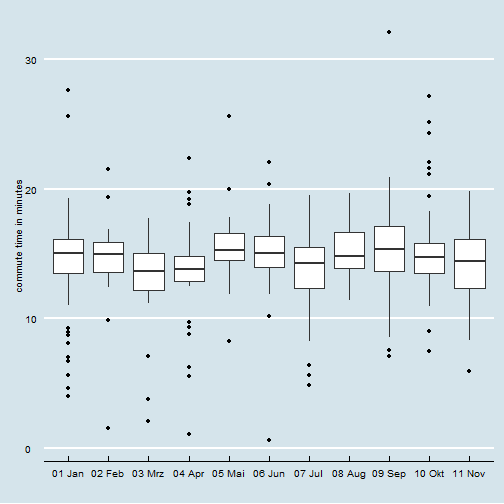 Commute times did not change over the year. (some ups and downs -but it’s basically stable.)

As this data indicates starting and ending of commutes, we can calculate the time spend at work. 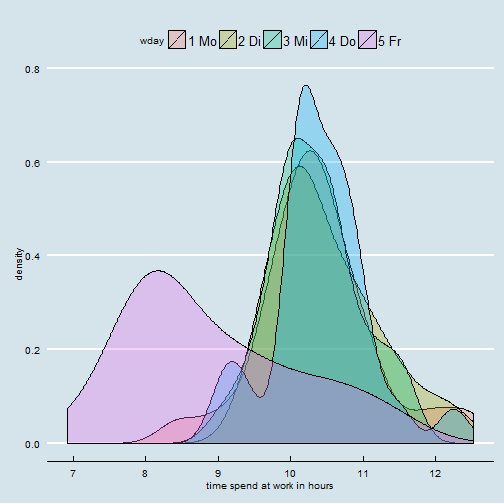 Looks like an easy 50.512 hours week (on average). With the time spend at work being quite similar from Monday till Tuesday, and Fridays being more relaxed. 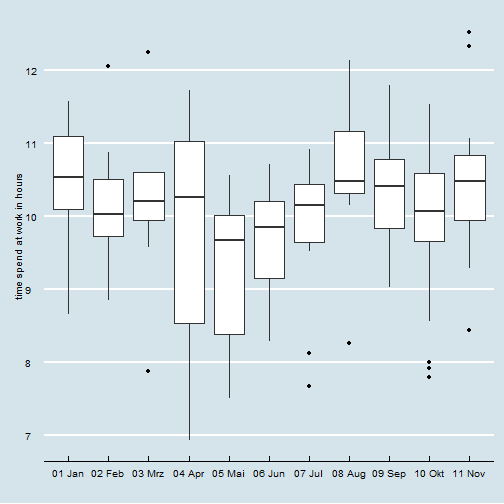 There are more potential factors that explain drive time as well, such as weather conditions (especially west wind).

To sum up; Deutsche Bahn could easily know where I live, where I work, and how much I work. I assume that car sharing data is similar privacy sensitive.